History The Empire Strikes Back - Boba Fett's on stage chronology

I took all this info from the Making Of Star Wars - The Empire Strikes Back book to show that the scenes as they appear in the movie are not the same as they were shot (in time periods). The purpose of this is to understand why some of the changes appears earlier or between different takes.

Thus the story unfolds, out of sequence, unchronologically as is the manner of most films in the making. The bits of the jigsaw puzzle are being carved for piecing together later.

Alan Arnold - Once Upon a Galaxy: A Journal of the Making of The Empire Strikes Back(1980)
Click to expand...

So here is all the info accompanied with movie stills and screen captures:

March 22-25, 1979
Behind the scenes, Jeremy Bulloch had a fitting as Boba Fett, whose costume took 20 minutes to put on.

There's no known image of the first test fit, but we have some extra info on this:

I got into the costume and I put the helmet on. There were lots of little gadgets and knee pads and the boots had two little jets on the toes. I thought, 'This looks rather good!' There was a jet pack, too. I found what I thought was my hair so I put it on underneath the helmet, hanging down. When I came out to show George Lucas, he said, 'What's that funny thing sticking out of your helmet?' I said, 'Isn't it the character's hair?' 'No,' said George, 'it's a Wookiee scalp -- it's supposed to be tied to your belt!' 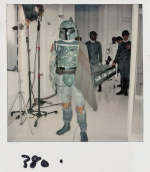 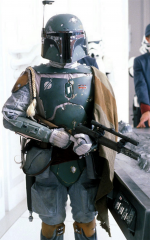 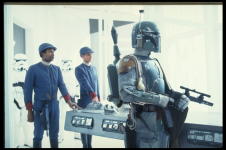 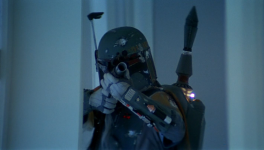 Here are the first 2 differences that appears on the suit: the left gauntlet is clean (doesn't have that big gray stain) and we can see the 2 right knees (1 ESB and 1 Pre-Pro #3). 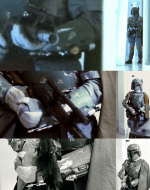 This quote is a good explanation for the 2 right knees (and possibly for the upside down knees too in the later shots):

Filling in for an actor who is suddenly un-available for the day, film and TV stalwart Jeremy Bulloch, as well as playing Boba Fett in his required scenes on Bespin (with the characters knee pads often being the cause of hilarity with the cast and crew - when the actor is required to walk they would often dislodge from the costume and go flying off across the set!!), also plays the additional part of the Imperial Officer, Lieutenant Sheckil, who escorts Leia and the rest of her captured party in a lure to trap Luke in the carbon freezing chamber. 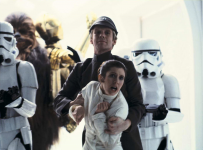 One day I was sitting around in the Boba Fett outfit, and I was asked if I would mind playing this Imperial officer, because there was nobody to play the part. I went into wardrobe, got dressed in an Imperial Officer's uniform, and played this part who now has a name in the Decipher card game, Lieutenant Sheckil. It was in the scene in Cloud City where Princess Leia says 'Luke, it's a trap' -- I drag her away. Moments earlier, you see me as Boba Fett shooting at Mark Hamill. 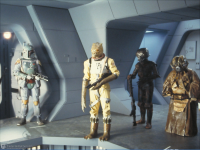 Here is the 3rd difference that appears on the suit: the left gauntlet already has that big gray stain: 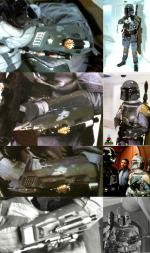 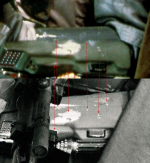 In this thread started by Darth Voorhees I made a note regarding the difference between the gauntlets ESB main gauntlet damage template - Post #3 and it seems that my intuition was right.

Currently, the action is in the Cloud City corridors and dining room, the sequence in which Han and the princess, while guests of Lando Calrissian, are led into the presence of Darth Vader and the most dangerous of bounty hunters, Boba Fett.


Alan Arnold - Once Upon a Galaxy: A Journal of the Making of The Empire Strikes Back(1980)
Click to expand... 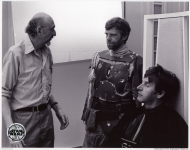 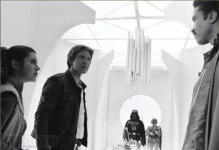 May 15, 1979
Scene 371 is then filmed on Stage 2, with Lando getting a “bad feeling” about Vader and Fett, mid-May 1979. (Notice the new paint job on the Cloud City corridor, which is now a red-brown instead of white—the art and camera departments continually relit and redecorated to make a few Cloud City sets into many.) 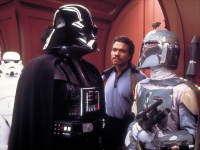 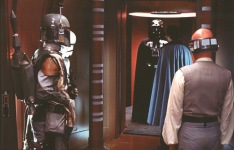 'Dak' [actor John Fass Morton] donned the costume of Boba Fett when actor Jeremy Bulloch, who played the beloved bounty hunter, couldn't be there... The scene with Morton inside the historic Boba suit is the one where Fett confronts Vader over Solo's impending carbon-freezing and says, 'He's no good to me dead.' 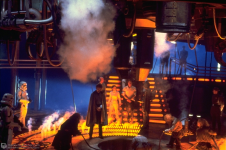 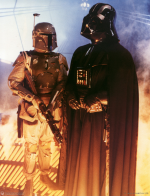 (Note the upside down knees)

The 4th difference is visible on the right gauntlet, more exactly the loose gauntlet hose and the 1st gauntlet dart.

August 23-24, 1979
On Thursday (August 23), Jeremy Bulloch finished his role as Boba Fett after 19 days worked, shooting his last scene in the cockpit of his ship with second unit.

This is in no way a complete chronology and I will update it in the next few days. 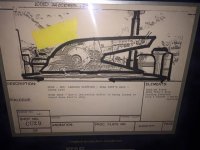 The date on this says 24 October 1979, which demonstrates that these scenes were done after principal photography wrapped up and was a last minute addition (among other scenes and dialogues).