For the longest time, I was convinced I was destined to admire others' builds of this elusive, beautiful prop due to the scarcity of genuine parts. Then one day, a random sale thread of a Kaiser stabiliser popped up on my Facebook feed and I could not believe my luck. That acquisition literally sparked off a series of other acquistions over the following months; 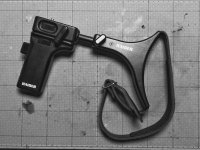 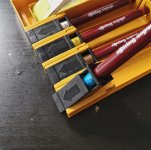 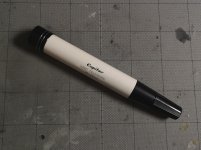 Housing and front sight by @RafalFett 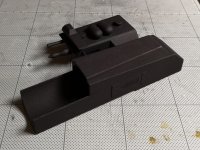 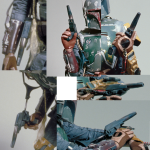 I consulted with Dom (Fett4Real) and Jeremy (JB Dubz) on several details to get this build to a relatively acceptable standard.

And here it is! 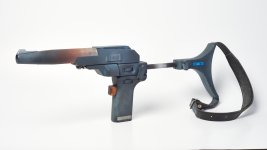 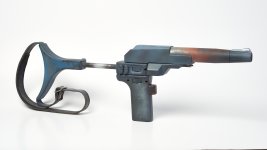 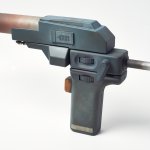 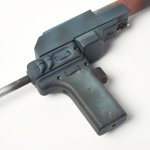 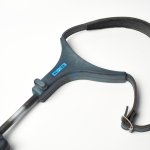 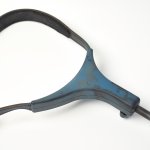 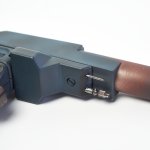 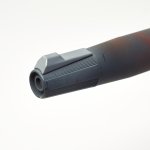 However despite my best efforts, I managed to get one thing wrong; the Sec o Mat arrow. Instead of flushing it with the main housing, mine sits atop of it. 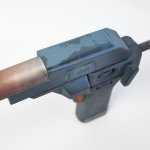 Somehow I had overlooked this glaring error and it wasn't until the build was about 90% painted and weathered before I realized it. I'm just going to have to live with it now.

Feel free to drop questions and suggestions in the comments!
Last edited: Nov 22, 2021

If you hadn't mentioned the "error" I dunno if I ever would have noticed!!?? Looks "spot on" to me!!! Well done

Superb as always T. Thanks for sharing it with us here..
Stay safe and keep Healthy yaa.

kacrut said:
Superb as always T. Thanks for sharing it with us here..
Stay safe and keep Healthy yaa.